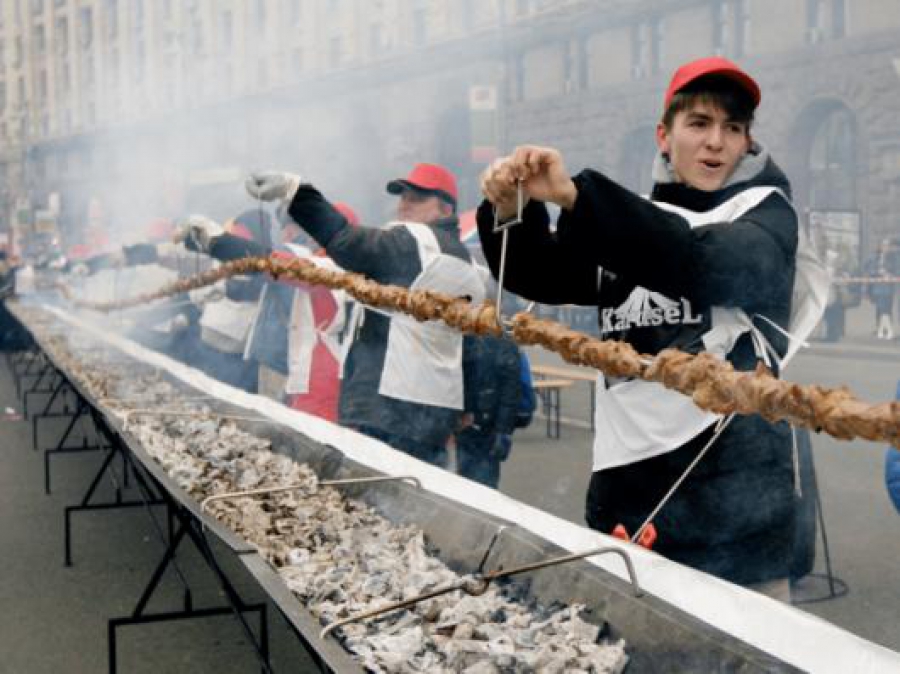 The longest barbequed shish-kebab is 161.9 m and it was created on 2 March 2013 in Kyiv by a restaurateur Araik Khachatryan. The barbeque was made up of 64 separate grills connected to each other. In total 180 kg of pork meat were skewered and barbequed, 150 people were involved into this record attempt.