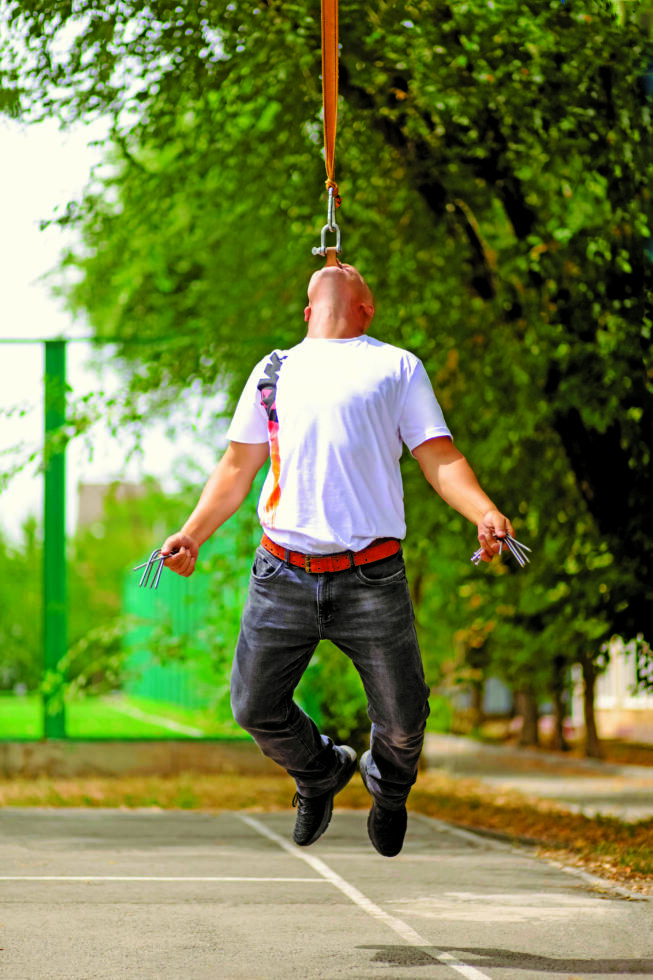 Aleksandr Danchev, an iron man from Almaty, has surprised the world strongman fraternity with a new extraordinary record. While being suspended on the chain by his teeth, he bended in half ten 6 x 200 mm long nails, demonstrating that his hands are as powerful as a bench vice and his teeth are as strong as shark jaws. The organisers of this world record are Agent Orange, an official distributor of KTM in Kazakhstan. Now the Almaty Hercules is puzzled as to what other records he can set while being hanged by teeth – shall he roll up frying pans into burritos, shall he lift up his sponsor`s brand new KTM Super Adventure S 2021 together with a rider, or shall he send an empty barrel 30 meters away with the “banana kick” of Roberto Carlos?