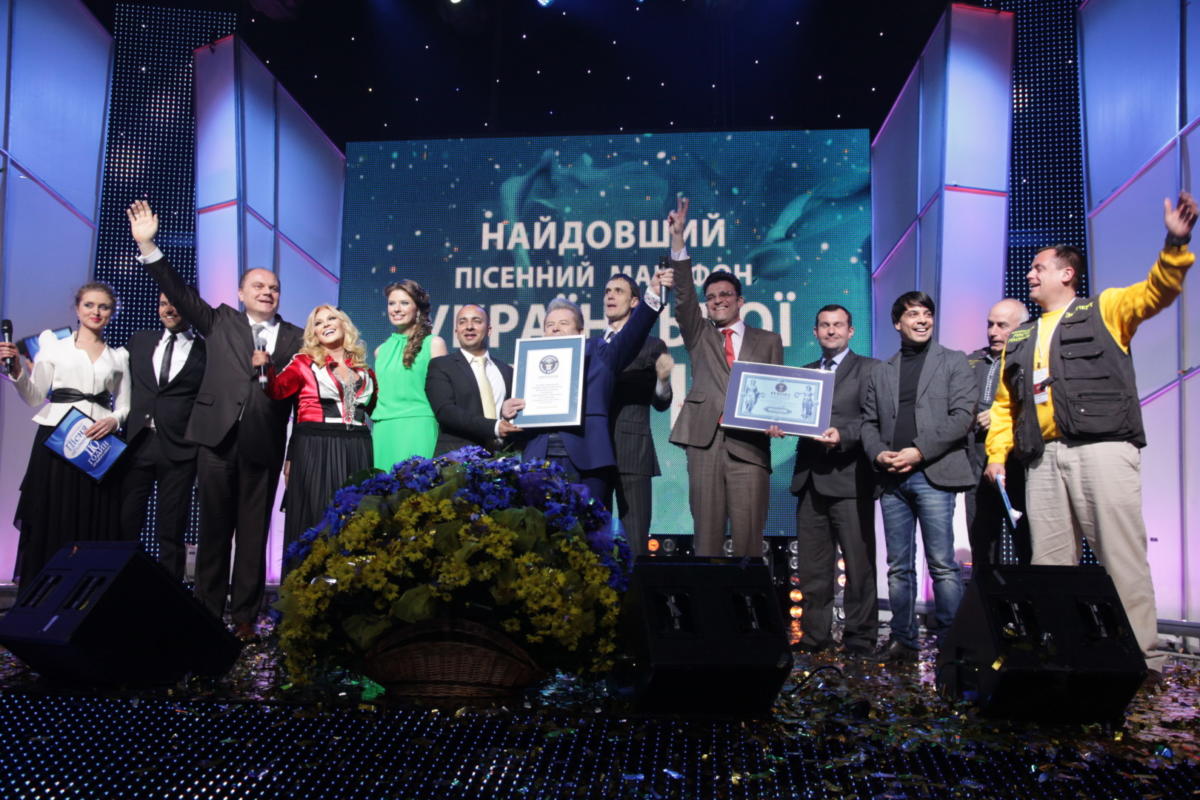 A singing marathone called “Songs Will Unite Us!” started on March 29, 2012 at 5:30 and lasted until 2:30 am on April 2, without a stop.  It was broadcast live by First national TV channel and “Era” broadcasting company. During 5 days 375 performers participated in the marathon who sang 1807 Ukrainian songs. To aknowledge it as a record 8 administrative assistants and 84 eyewitnesses were envolved, 142 protocols were signed off in total.