Youngest pianist to give a solo performance at Carnegie Hall 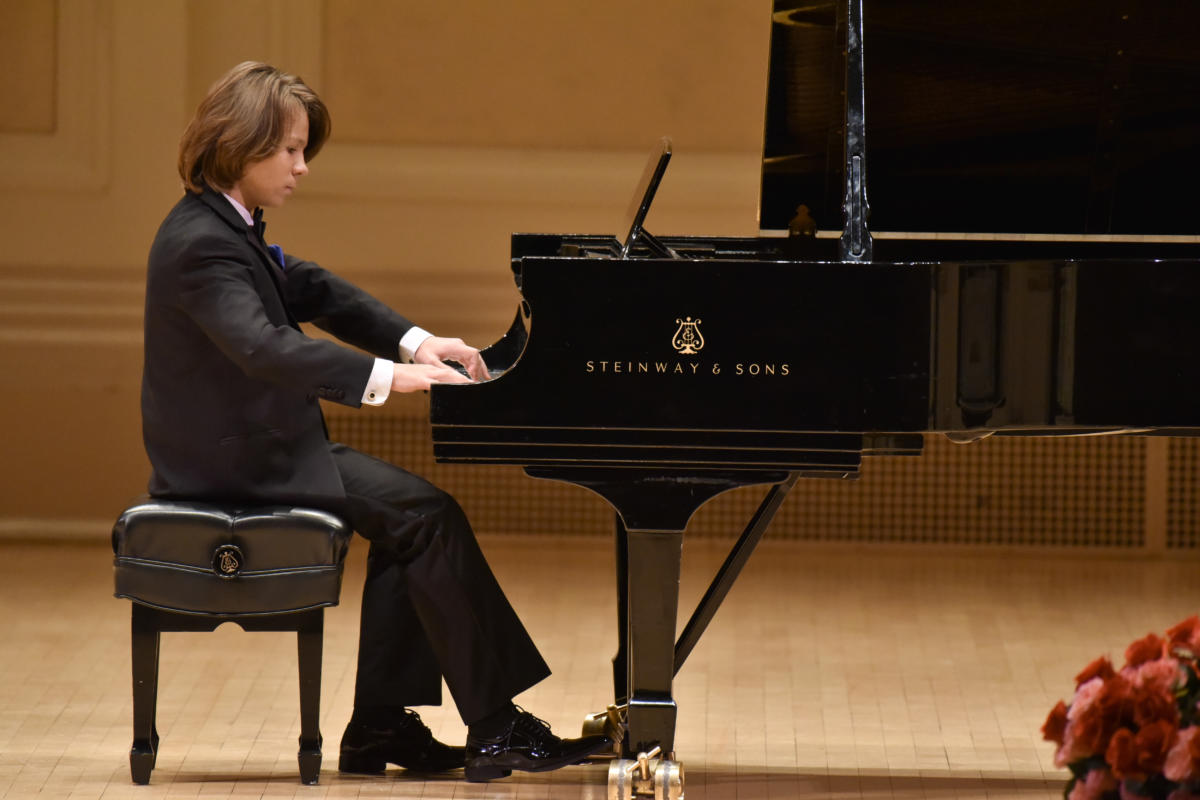 It is not known if it actually happened, but Mozart supposedly said of Beethoven, «Someday he will give the world a reason to talk about him». Ttrue or not, he definitely would have said this of Antonio Brasileiro Johnson.  After all, a 13-year-old Kiev schoolboy became the only child of Ukraine to give a solo performance in the internationally known Isaac Stern Auditorium concert hall at Carnegie Hall in New York on 30 June 2016. The young boy has been playing the piano since the age of 5 and after his 150th performance he lost count of how many times he has appeared on a stage.