Most people in a radio station to broadcast morning greetings simultaneously 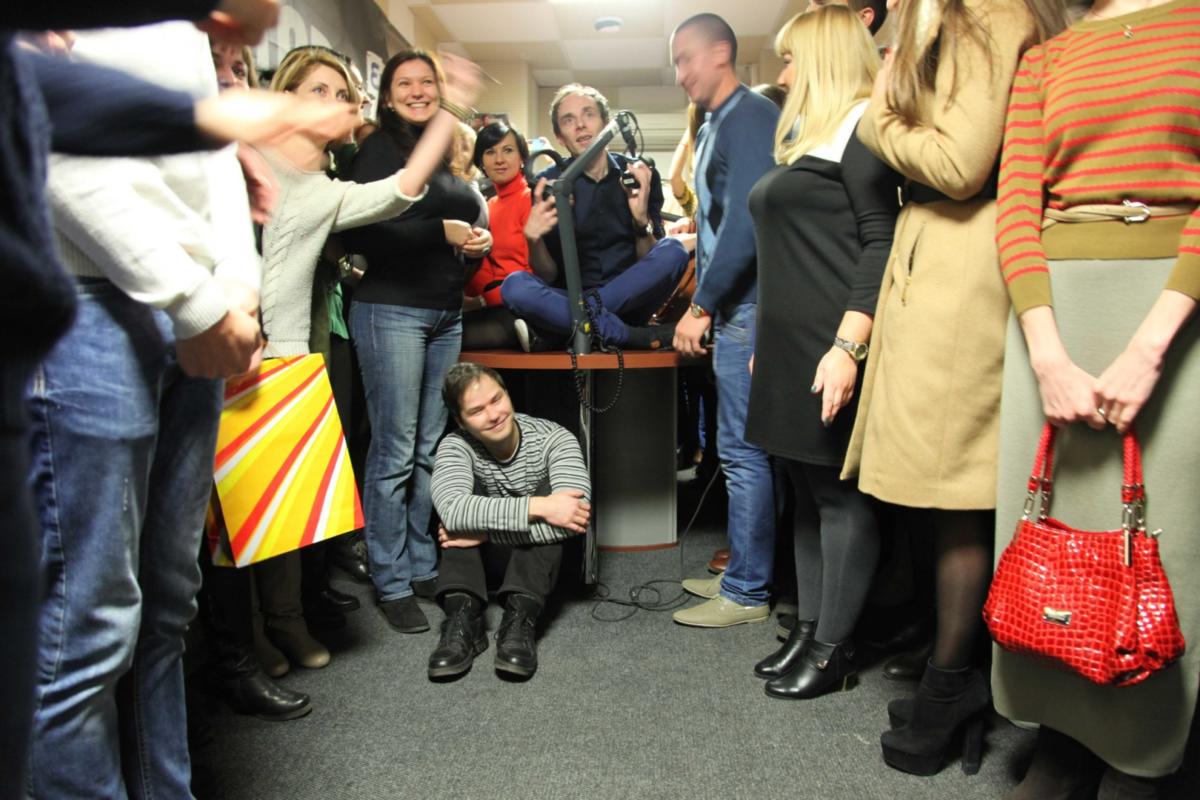 The most people in a radio station who aired their morning greetigs simultaneously is 93. Their greetings were broadcast on 17 November 2014 by Europa Plus Radio Station quartered in Kyiv. In order to achieve it, the participants of the record had to press themselves tightly against one another as the studio obviously lacked space.