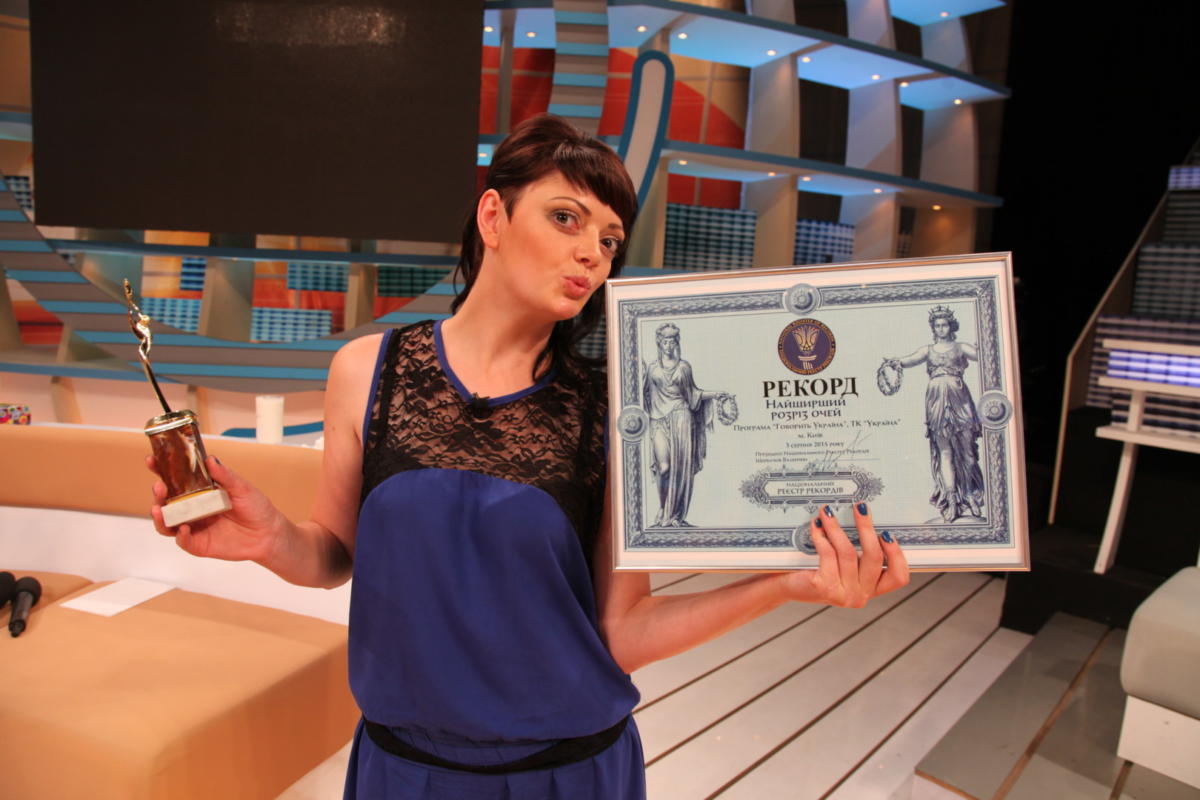 `The Eyes have it!` Two girls, both named Liliia, competed for the widest eye record which was televised by Ukraine TV Channel in a show hosted by Aleksei Sukhanov. The width of  Liliia Vergeles` eye was 34 mm. The width of Liliia Lukashova`s eye  from Dnipro  turned out to be just 3 millimetres wider, by a hairbredth so to speak, but that was enough to set the new record.