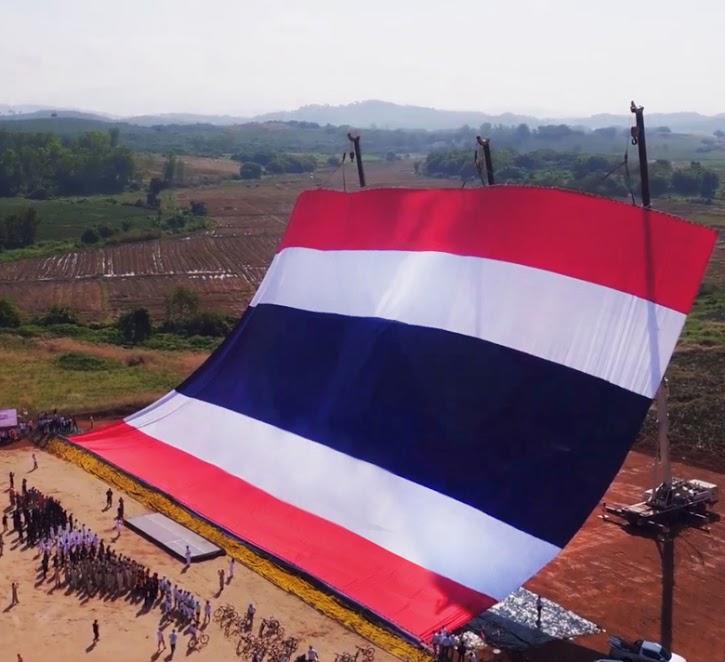 The largest suspended flag in the world is a Thai flag! A vexillologist`s dream, it measures 2,661.29 m2  and is correct in every detail, having the exact colours and ratio of size stipulated in Thailand`s Flag Act. The record has been set in Changrai by Thai National Flag Museum and Mr. Andrew Khor, the owner of Abina Co. Ltd., in order to honour the 100 year anniversary since the first Thai flag of current design has been approved in 1917.  Just imagine, due to its size and enormous weight, the record organisers had to engage three huge truck-crane trucks to hoist the flag up.