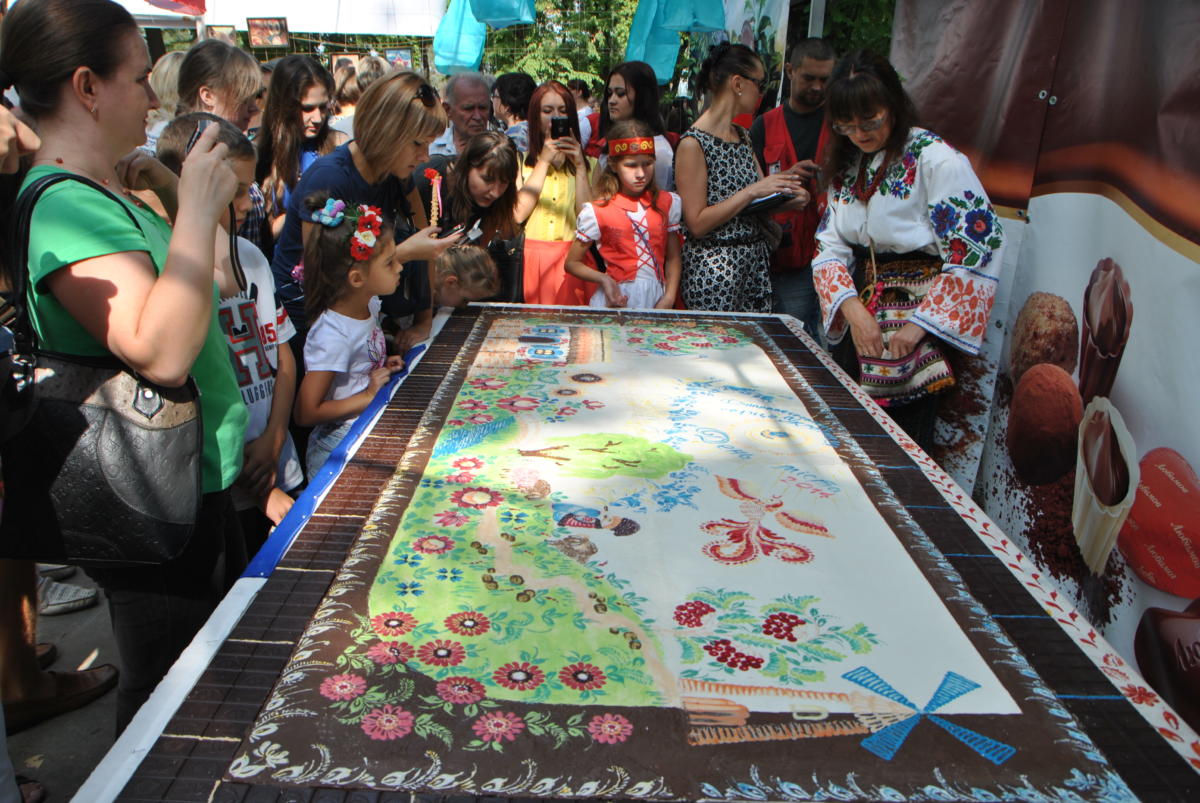 Chocoholics would have more than a passing interest after the Kyrylenkos spent more than a week preparing a decoration for a giant chocolate bar, which measured 2.47 x 1.1 m,  for the City Day of Dnipro.

Using the Petrykivka technique that consumed 40 kg of chocolate glazes, mother and daughter depicted a traditional village house, along with a  little herdsman playing the flute, set by a mill  adorned with various flowers and firebirds. To achieve this record as well as the creative feat, mother and daughter partnered with the Millennium Chocolate Factory.