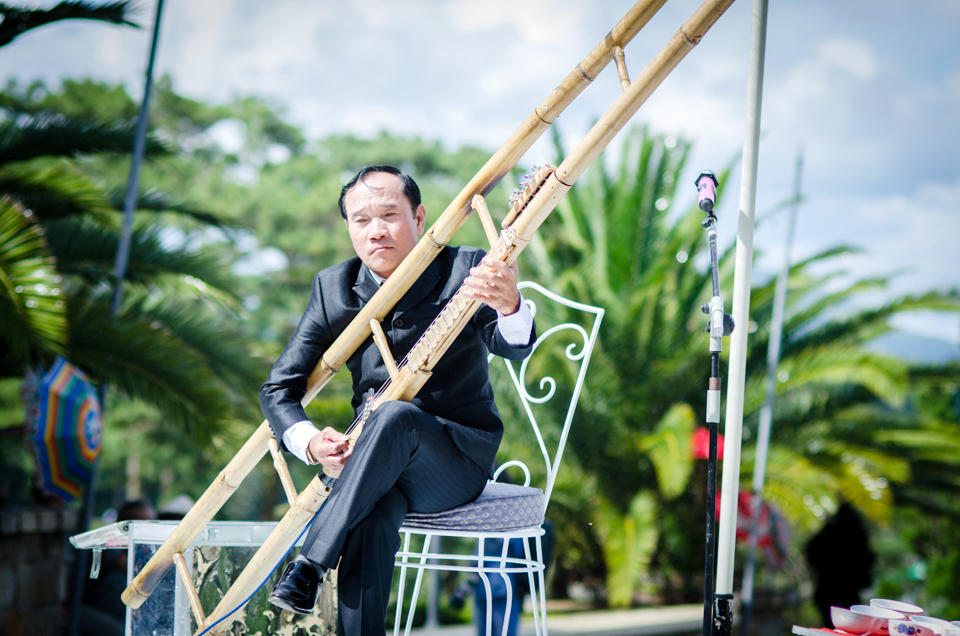 Mai Dinh Toi,  born in 1955 in Vinh Loc District, Thanh Hoa Province,  enjoyed listening folk music since he was a boy. When he became a student of Hanoi University he learned playing classical flute, trumpet and monochord in Vietnam National Music Academy.

Since that time he started making unusual musical instruments himself from anything including coke bottles and plastic pipes, as well as bowls,  exhaust   pipes or neon lamps. In 2010,  Toi even created a unique PVC plastic pipe orchestra consisting  of 16 musical instruments which could reproduce sounds of a guitar, a monochord, a drum as well as a dan tranh, traditional Vietnamese 16 – chord zither.

The orchestra installation measured 7 meters in width, 5.5 meters in depth and 6 meters in height.