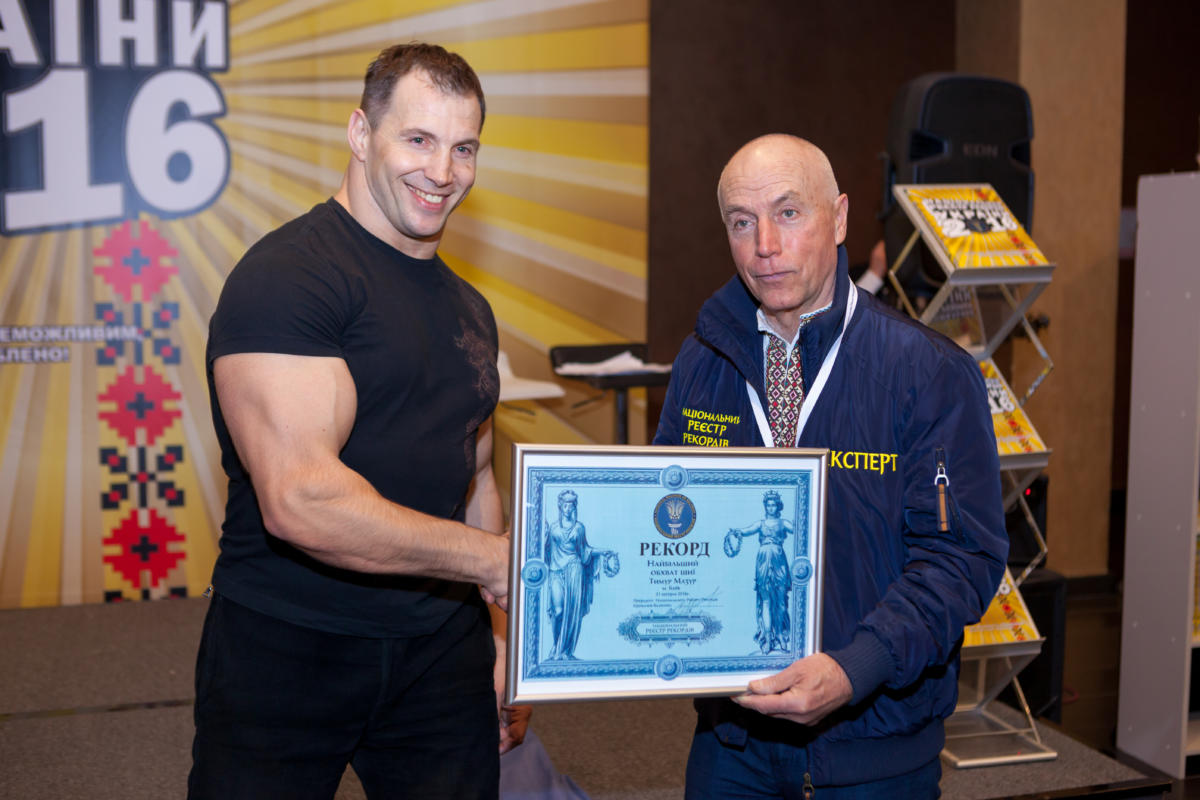 Timur Mazur, a bodybuilder from Kyiv, was always very proud of his six-pack abs, rounded masculine shoulders and huge biceps.

Once Timur had made up his mind to stick his neck out and go for a national record attempt, he turned his dream into reality.  However, the record title he achieved was that of a man with the widest neck in the country, measured 52 cm as of 21 March 2015.