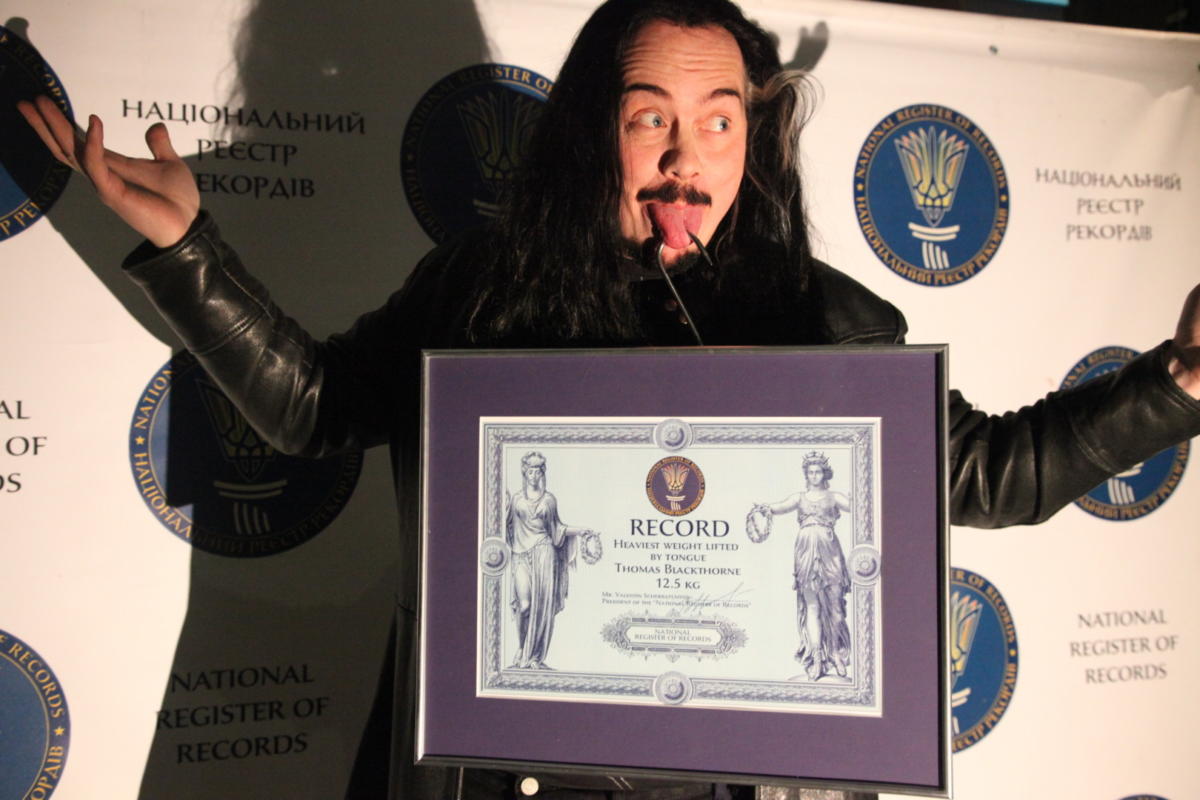 Using your tongue isn’t generally considered hard work. But how about pumping iron with it? That is what Thomas Blackthorne from the United Kingdom did for six years. Because if weight training can strengthen the biceps, why not the tongue as well? To lift the weight plates, Thomas used a specially-made S-hook placed through a piercing in the centre of his tongue. He eventually had the world record licked, lifting the maximum weight a human tongue can bear – 12.5 kg. This record was filmed during a program on TV channel Ukraine.