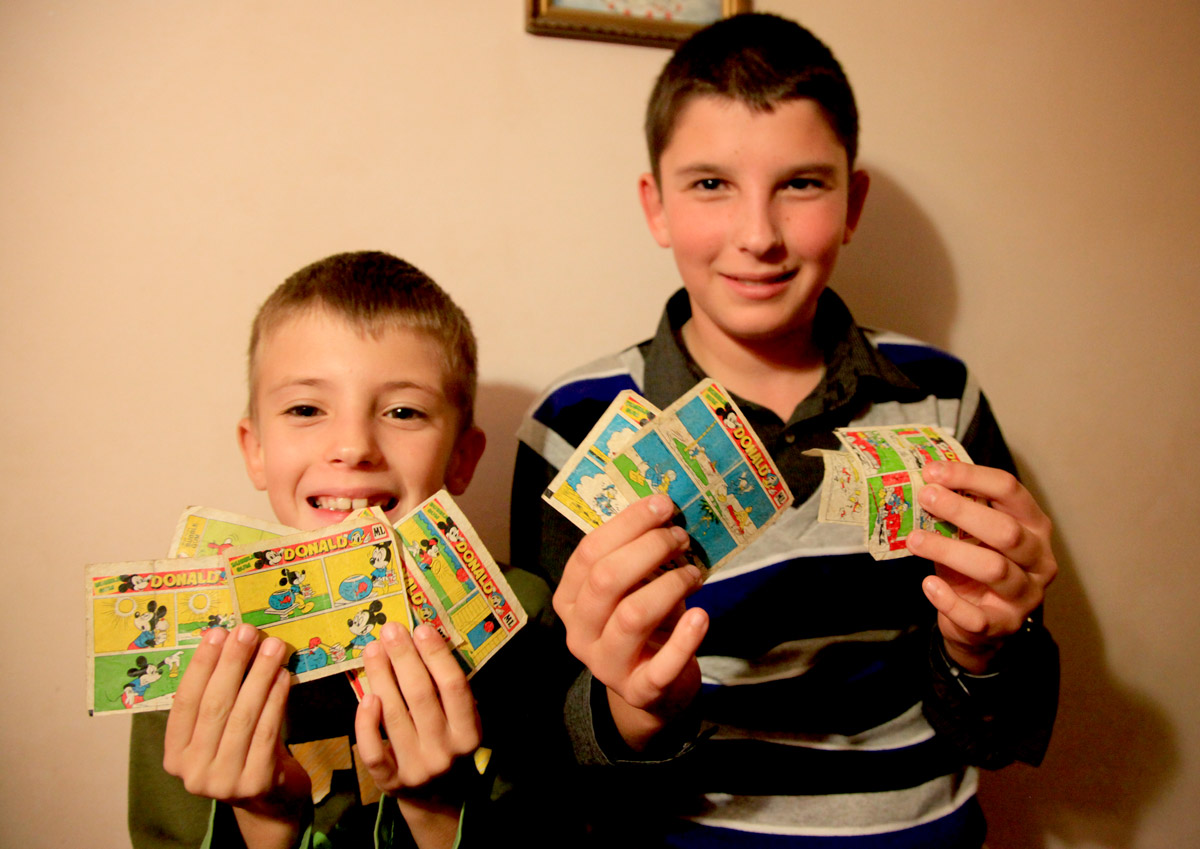 The largest collection of bubble gum inserts belongs to Roman Rak from Lviv. As on 27 September 2014 it consisted of 1042 inserts. It was Roman`s mother, Nataliia, that started collecting them 22 years ago when she was 10 years old. The collection includes various topics on inserts, however, all chewing gums were consumed personally by either Roman or his mother, there is no one insert which has been found, exchanged or given as a gift by somebody.