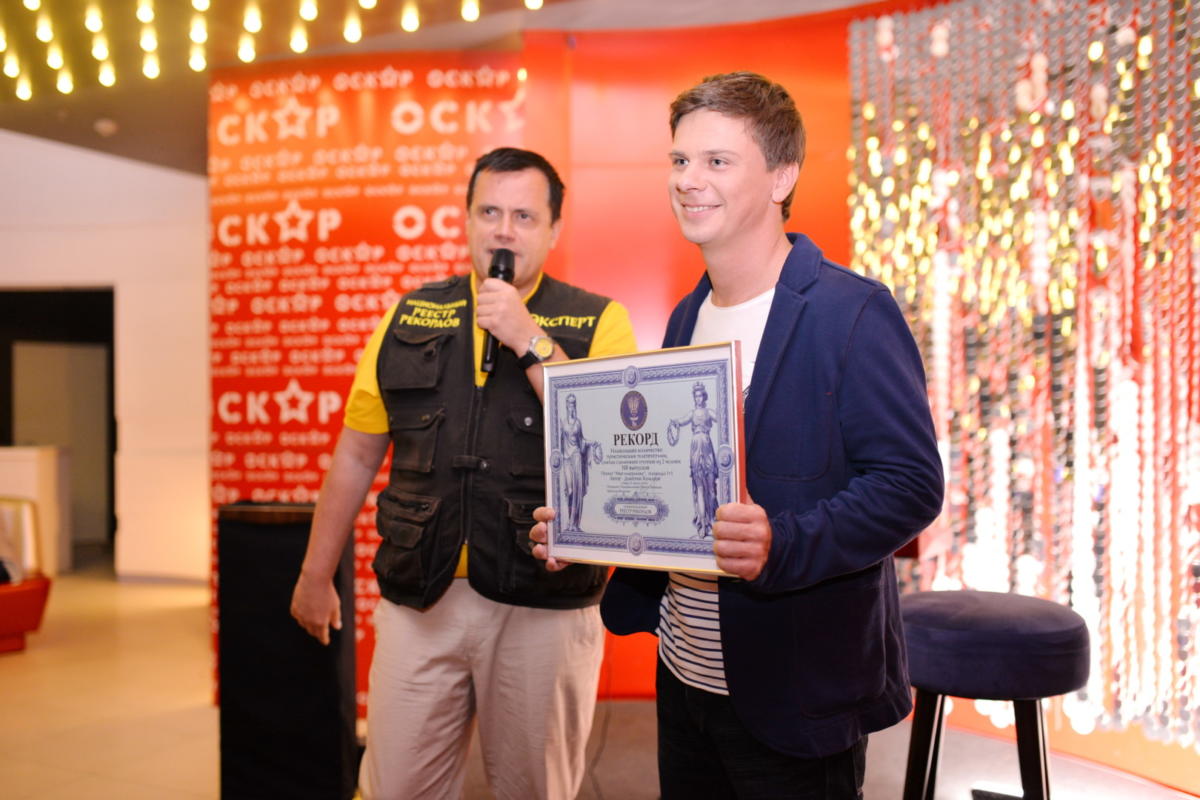 Most TV travel shows shot by two-person film crew is 100 and was achieved by Oleksandr Dmytiiev and Dmytro Komarov. They filmed multiple episodes in various countries for Svit Navyvorit travel series by Dmytro Komarov. The first premiere of the travel show was broadcast by 1+1 TV Channel on 10 December 2010.