Most whole blood donated by a person 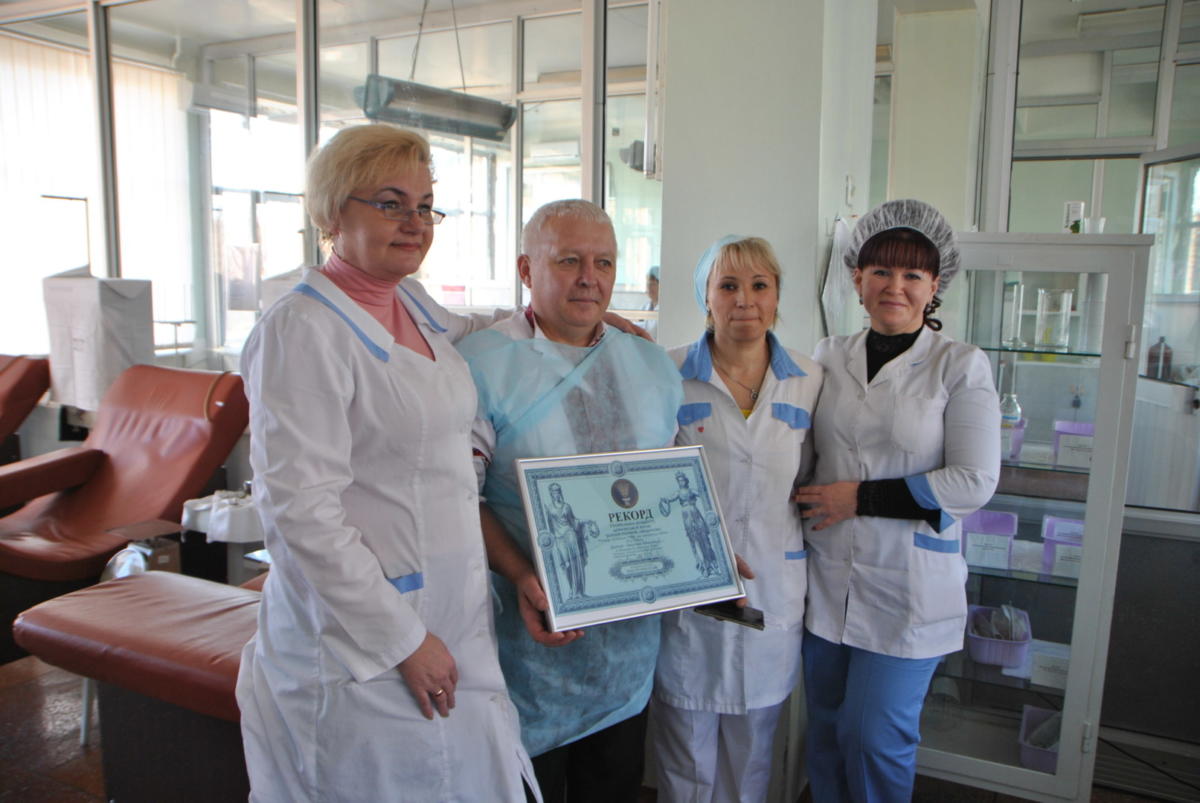 The most whole blood donated by a person is 52 l and was donated by Mykhaylo Ivanchuk from Kolomtia, Ivano-Frankivsk Region as of 21 November 2014. Mykhailo started donating  blood in 1988 at the time of Spitak earthquake in Armenia. Since that time he has had 115 donations of his blood which are officially confirmed with medical documents.