Most steps climbed on a bicycle 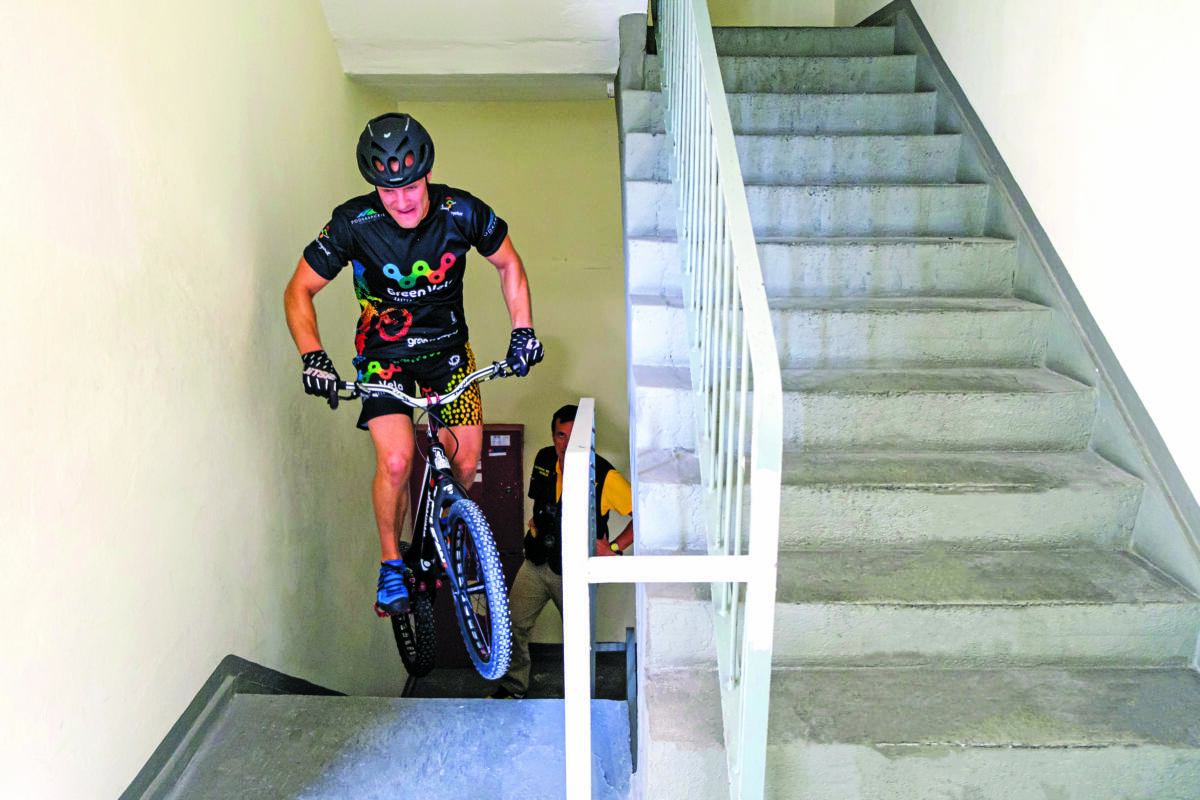 Krystian Herba from Poland sets Guinness World Records by bunny hopping up steps of skyscrapers on his bicycle, but later he takes great delight in breaking his own records, each time overcoming more and more steps. He beat his own Shanghai world record in Melbourne (2014), which in turn was later broken by him in Taipei (2015). Then, later his Taipei record was beaten by him in Chicago (2016), where he bunny hopped 3461 steps. This year the cyclist has again beaten his own world record by jumping the total of 3581 steps at Park Inn Hotel in Berlin іn 2 hours 4 minutes and 9 seconds, making 6 staircase ascends while taking a lift on the 35th floor to get down to the bottom. Krystian has been rewriting the Guinness Book of Records since 2009.