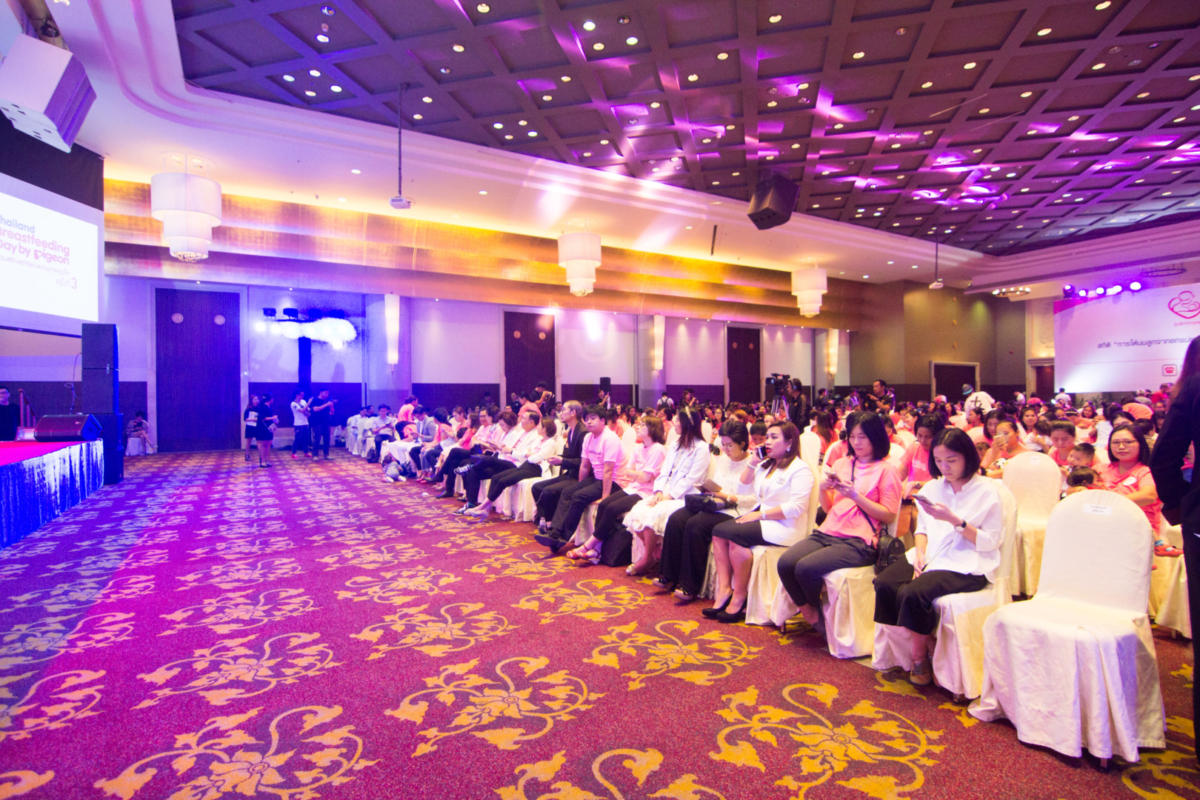 On September the 2nd, 2017, Thai young mothers got together and set the record on breastfeeding. The breastfeeding was held simultaneously at multiple venues in Thailand. on this day 201 young mothers got together and began to breastfeed their babies simultaneously. At the same time another 308 mothers were nursing their babies at home which was shown live on the internet. In total, the number of mothers and their babies participating in this record was 1,018 ( 509 mother-child couples). The event was organised by Moong Pattana International Public Company Limited, producer and distributor of “Pigeon” mother and baby care products.  The purpose was to encourage all mothers to breastfeed their children.