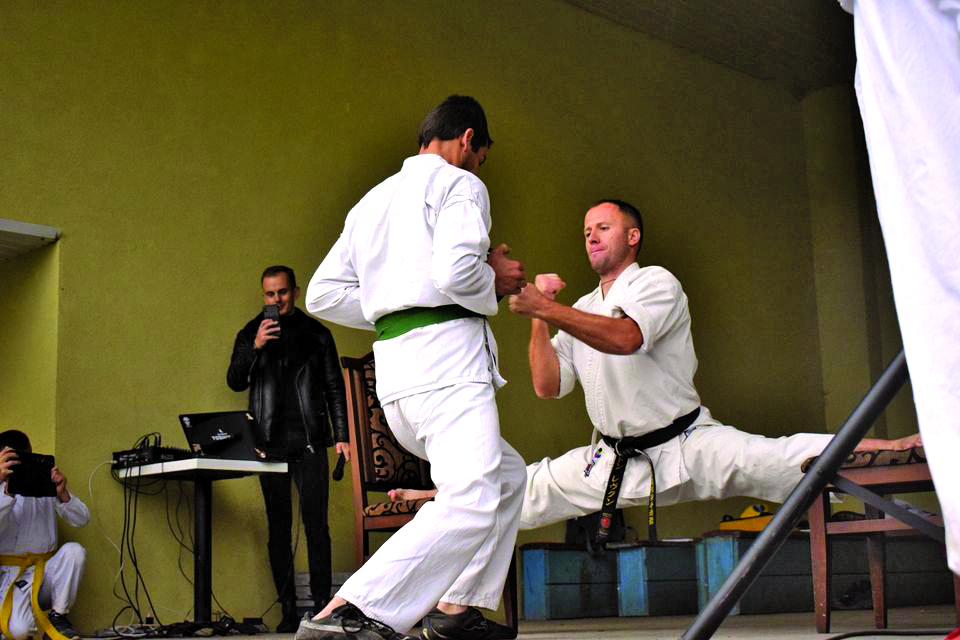 Anton Levkun, a karate trainer from Ivano-Frankivsk Region, astonished the world with his new achievement: he has performed 64 push-ups on two fingers in 1 minute. The record was set in his native village of Chorni Oslavy in Ivano-Frankivsk Region. Earlier, the martial arts master had set another record — he made 330 punches on the boxing paw in 1 minute while standing with his feet on two chairs in the side splits, envy of Jackie Chan. According to the Prykarpattia ninja, the aim of that record was to show to young sportsmen how to succeed despite danger, fear, or pain.