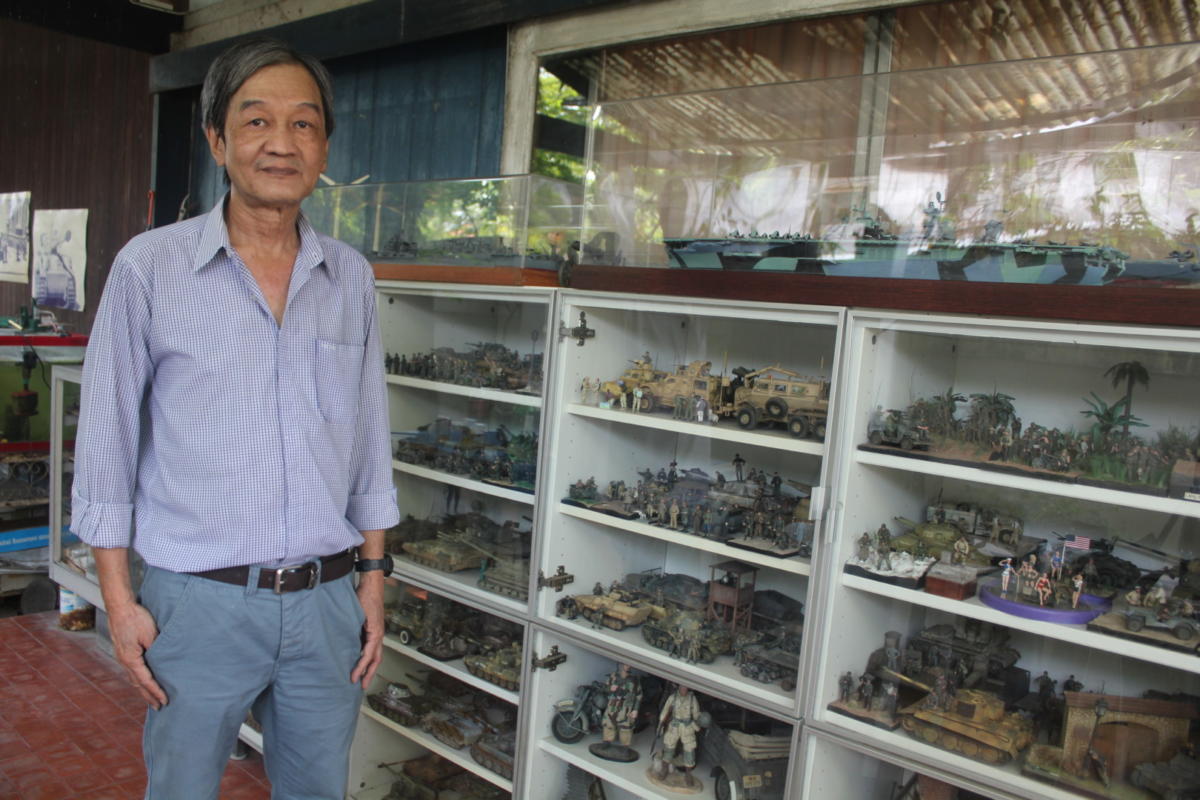 Paisal Hanboontrong is a gentleman who has the largest collection of toy soldiers and model military miniatures in Thailand. His inspiration came from aircraft models which were on display in diorama at his university when he was a student 48 years ago. Since 1969 he himself began a lifelong journey collecting them. His collection includes toy soldiers, model tanks and airplanes, and other military miniatures. Paisal buys toy soldier sets and displays them in spectacular scenes. Occasionally the collector has to hire someone to help him to make displays which are all over the house including the bathroom. Recently he had to built a detached cottage for his displays. Among his collectibles there are 3373 figurines which refer to the Army,  615 refer to the Airforce, and 427  to the Navy.