Most countries participating in a flash mob to form a phrase 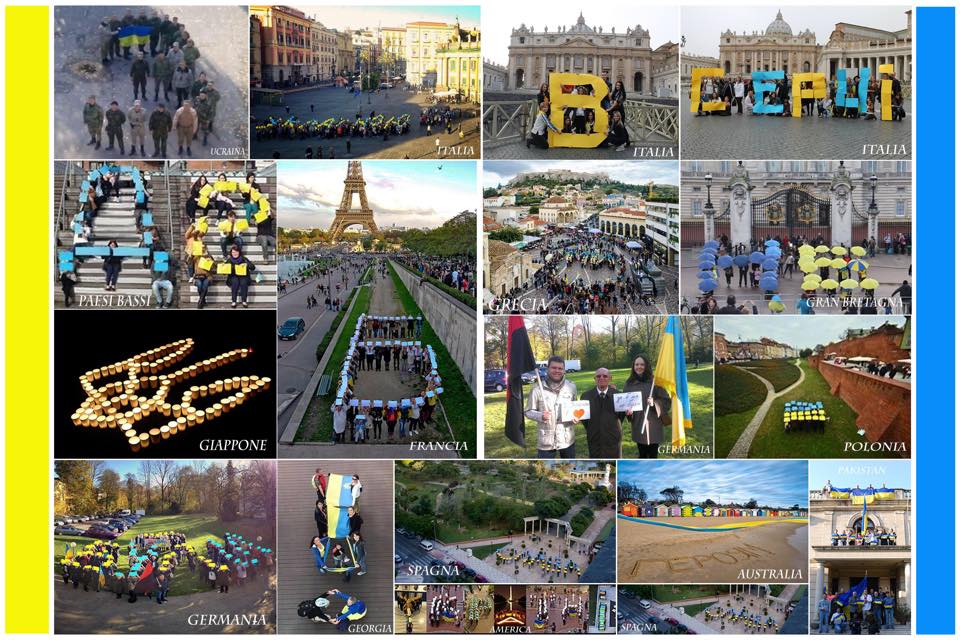 An international flash-mob called “Ukraine is in our hearts, wherever we are!” began when soldiers of “Ternopil” battallion in ATO zone lined up forming the first letter of the chosen slogan.  Over 3000 Ukrainians from all over the world participated in the event to form words of this phrase with their bodies. Letters were formed by other countries and these included Italy which was followed by the Netherlands, France, along with Greece, Great Britain and Germany. The final exclamation sign was “written” in Georgia, then organisers decided to continue with other sentences such as “Glory to Ukraine! Glory to the heroes!” Countries such as Spain, and the USA, as well as Australia, along with Poland and Japan also joined the list of participants. Oksana Abramenko, a Ukrainian woman living in Naples, Italy, was the author of this flash mob. People living in 14 countries took part in the event.