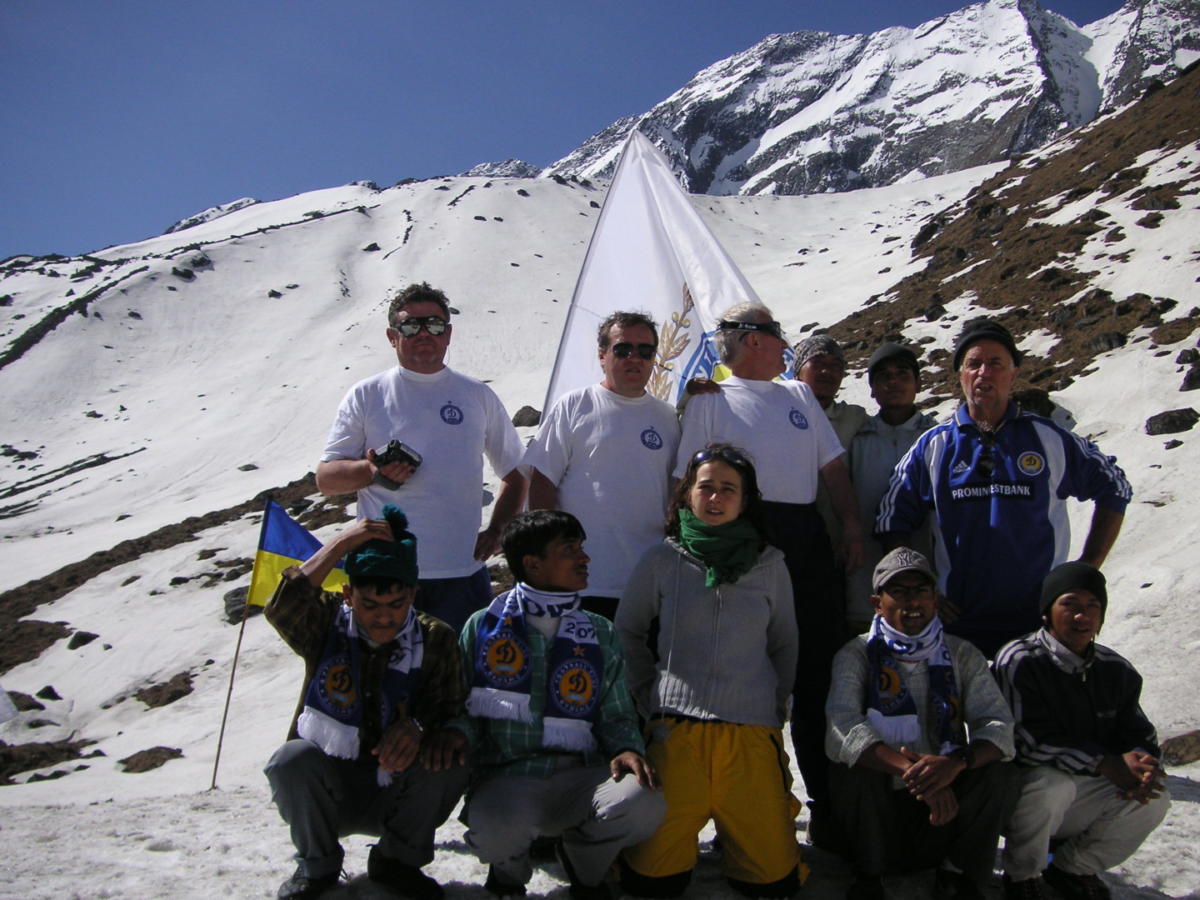 Valentin Shcherbachev, a well-known sportsman and journalist, as well as the founder of the NRR, has been making trips to Himalayas for over twenty years. He has also become the first person to organise football competitions on the high mountains with an altitude of more than 5000 meters. Up to date, 23 football matches have been played in Himalayas. However, he does not seem to be satisfied with just playing football. He has already started a Small Olympic Games based in the Himalayas, with various types of sports such as volleyball, as well as long jumps, along with wrestling and shot put included in the Olympiad.